I acquired a bar for $40 dollars for an upcoming event from craigslist on a whim as restoring a bar was probably more efficient than building one from scratch:

I wanted a bar, I needed nothing else, but this came with “an old stereo” according to the ad, and to my surprise, it had speakers as well, and it all worked! kind of. So, I figured, might as well make it all work. 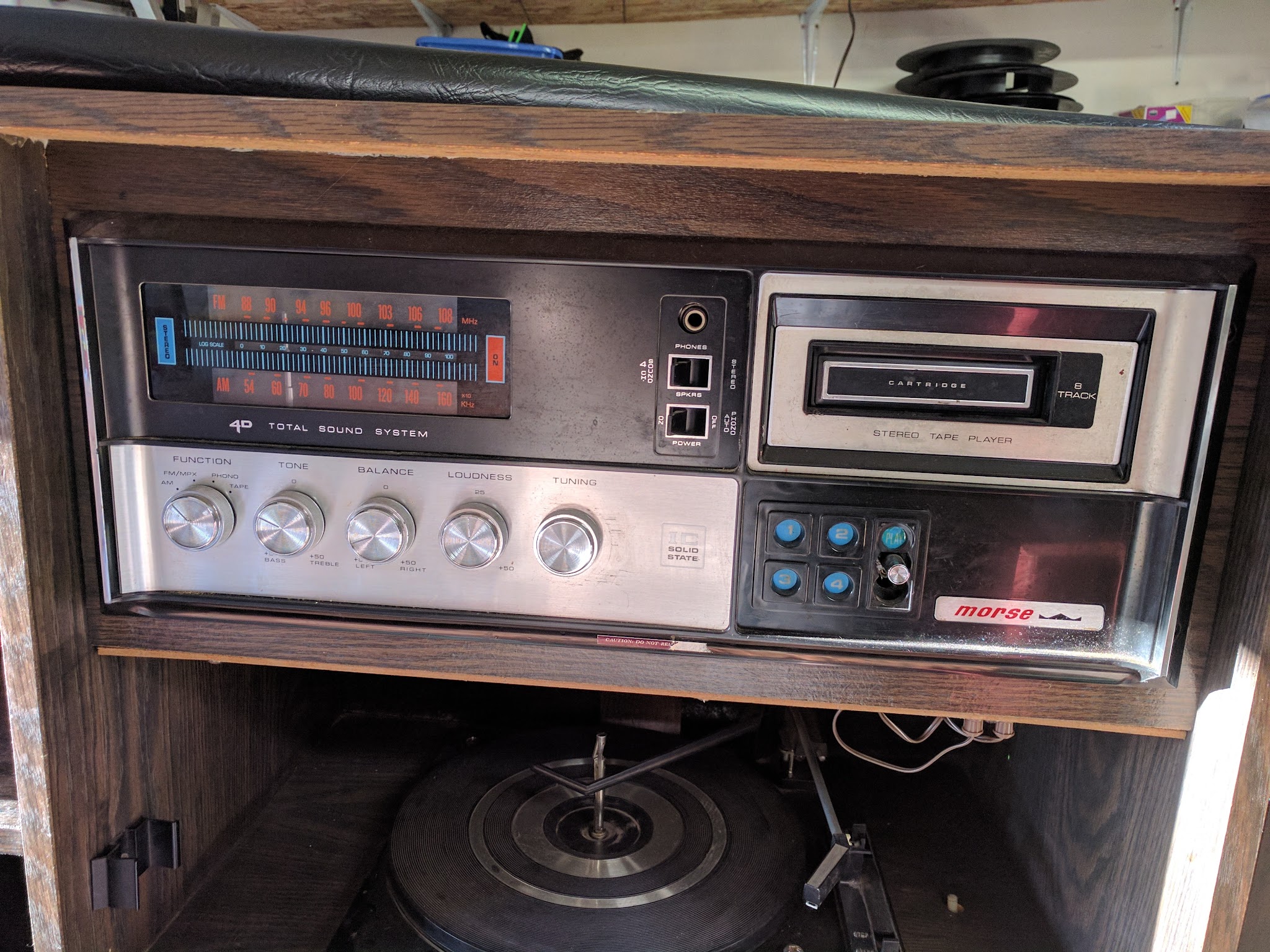 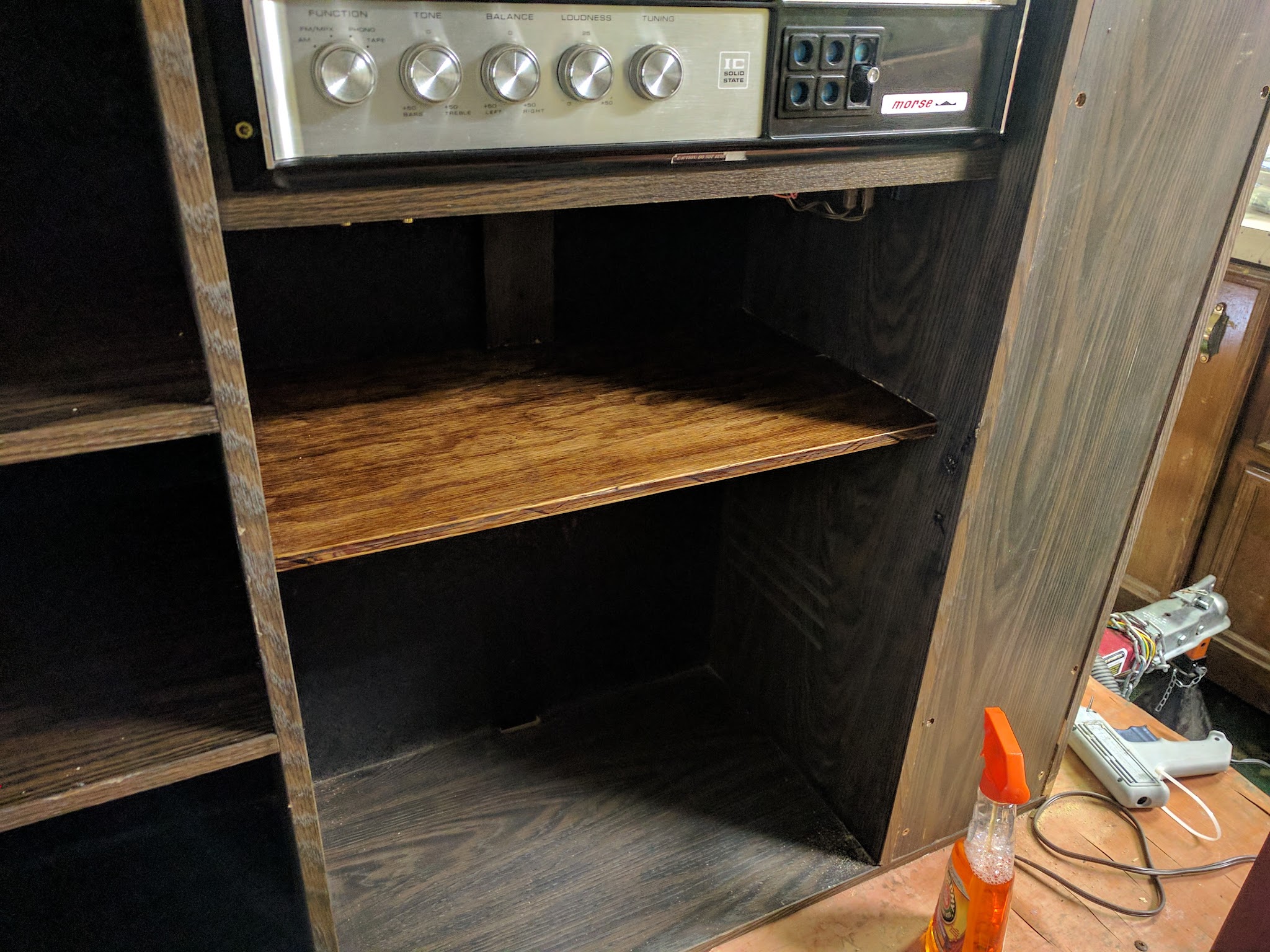